Hi all!
What's a good option for a speedo with a max speed recording.
I'm wondering if there is a cheap commercial option or if I need to consider building something.

I use my phone. The include GPS and one of those applications to track speed (waterspeed I think, have to check). Works well for me. 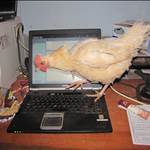 A couple of months ago I bought a pair of XOSS G+ GPS bike computers after seeing them mentioned on another post here. About $45 each but prices vary between sellers on ebay. Less than three weeks from China. Small enough to easily fit in your pocket or come with a rubber band type mount to attach to pipe like a mast though some thought is needed where it is located so you can see it and moving things don't flip it off. A button push scrolls you through three screens, current speed, average speed and maximum speed. Turn off to reset maximum and average speed. Odometer doesn't reset on switch off and surprised me how far we cover in a couple of hours. The speed digits are 13mm H x 6mm W and clearly visible. Compare well to the various garmin GPS's we use GPS 60, GPS 76 but much smaller. A mate leaves one in his pocket and checks it after he reckons he has done a fast run.

Hiccups with the XOSS G+. Went out for a sail a couple of weekends ago and much to my dismay the two XOSS GPS's would switch on but never lock on to GPS. It turns out there is a software upgrade needed. This was fairly easy to do once you had installed the XOSS app onto your phone, selected your gps and bluetooth connected then gone into settings and upgraded. Yippee recording speed again but a sad reflection on a society becoming absolutely dependent on remote phone and internet connections to keep simple things working.

Had exactly same issue,gave up in the end and just use my gps speedo from cycle . 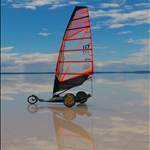