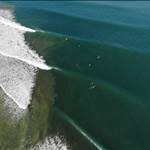 Has anyone tried the NSP foil wings? I realise they're at the cheaper end of the market, but just curious as to anyone's experience with them?

To clarify, I'm talking about foils and wing dings. 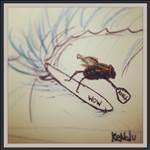 In my opinion you get bang for your buck and you can't go wrong with NSP gear. I would say the air wing is one of the strongest foils on the market. The weight is ok and the full carbon wings are amazing and extremely high quality. The wings are great as a learner and still twitchy enough when you progress. The new high aspect wings are blowing my mind when pumping, surfing and wingdinging. The extra speed and lift coupled with the small surface area is pretty mind blowing.
Regarding the NSP Airwing (wingding) I started about 3 mouths ago and haven't used any other brands.
It's doing the job very nicely and I'm wingdinging more than foiling at the moment because it's so rad. I've got the 5meter and can get going in around 11knots and have been in 25knots. It's super light and strong. I know it's strong because I've had some massive wipeouts on top of it and it's held up nicely.
I Hope that helps and you get other NSP users postIng there experience ..

Thanks Jonesy! Just sent you a message.

Hey Guys! Omar here... First timer here around replying, but always getting some good info from australian people getting the prime stuff in the seabreeze forums!

I'm from Colombia and I'm not a team rider, but I do deal with NSP as a reseller, and as a practice I like to try stuff and test them so I can have a good idea of what we sell (we are a very small market so almost everything must be preordered, and not so much room for demoing)

So, for reference I started in october 2019 learning and progressing on the 6'6' sup foil with the 1325 and 1700 front wings, and the standard 330 flat rear wing and the M 340 wing. Just recently I got the 1450 High Aspect and been giving some testing in small waves, this wing do pump very efficiently, but has a it's own way of ride in comparison with the all-round wings. Agree with Jonesy on their durability and that they are great for learning and progressing, but don't think they are gonna hold your level down, this wings can be pumped and carved really well, and there are new Pro-wings in the NSP range coming out, but advanced stuff always come with a comfort cost, so this wings are a great all-round that I've been using for barely knee high waves to chest well powered stuff, double and triple dipping. I'm now using a smaller Infinity Tombstone SUP 5'2" 90lts Foil board with the same NSP foil undeneath. Looking forward for the next 2021 NSP SUP Foilboards range!
By the way, SUP Boards quality is awesome and the pricetag is really one of the best cost/benefit ratio in the market.

For the AirWing line, I got the 3M and the 5M and this week got to test them in some good conditions... as Jonesy mentioned, they are very light, the 5M is really light for it's size and gets me flying from 10 to 12 knots paired with the 1700 (I'm 68-69KG) ... For me, as the wind gets 18 to 20 knots, I get on the 3M, great range of wing, low end is good and as they have 4 handles (5 handles on the 5M) it gives you a good range of handling low to high winds by moving your hands according to the conditions, and they are not so many handles as other brands I've seen, just what's required in a good balance. I've tryied the SlingWing V1 4.2 and the Duotone 4M with the boom V1 too.
Maybe is not fair to compare them to the NSP, as they both are in different positions to be compared but my thoughts are the SlingWing is a V1 not just for Slingshot, but for the wing thing, they are heavier and have inflatable trailing edge (guess they were trying different stuffs), and feel way different, but they are heavier and higher aspect so be aware of not letting the tip touch the water.
The Duotone feels good for freeride and have the great benefits of having a boom and great range of wind by the way you rig on the boom, but the "neutro gear" is really hard to hold.
The thing I like the most about this wings is, they are light weight and have an awesome "neutro gear". Backpack is very compact and it's easy to transport.
Gotta be aware of not loosing the valve adapter for inflation (it is provided) so a good tip is to always keep it inside a pocket of the backpack.

you can see some more stuff on instagram @maretasurf

LEt me know if any comment you have!
Mahalo!!

And which HA are you mostly riding in the surf?
You can find me on instagram @surftaiwan - not much foiling on that but lots of surf lineups!
You're a legend Omar, Cheers!

And which HA are you mostly riding in the surf?
You can find me on instagram @surftaiwan - not much foiling on that but lots of surf lineups!
You're a legend Omar, Cheers!

Hey Far!
It'll depend on your weight and skills... And how much workout you want to do... Taking the 1325 in 10 knots might require a lot of effort.. guess I'll go with the 1700 ... I would mostly pair the 5M with the 1700 or the 1450 HA, It requires more effort and technique to get on flight, but once you are flying holds a lot more speed and more wing. Basically for me the big difference between the all-round and the HA wings is ... AR = Lower speeds hold on flight, early more controlled lift, really comfy wings. HA = Highly efficient, require more power and a different way of pumping (more back foot pressure) for that first lift, requires more speed to hold flight, will control way better higher speeds.

I only own the 1450 HA for the moment, and hoping to get it for a SUP Downwind soon when wind and winds well is howling! Downwind seems to be the hardest thing to do on foiling. But still using it when waves are small and long rollers ... And also for pumping triple and quad dips :)

Hope this helps!
Awesome surf spots you get there... Going this year to a camp in Portugal (supsurf) ... Showed those waves to my wife... Now we want to put that spot on our checklist of travels!!

Thanks so much Omar, greatly appreciated! And come on over, we host lots of couples. Some fun foil, wing foil and downwind spots here!