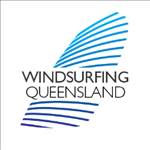 The windfoil state titles will run as part of Sail Brisbane on November 28-29, out of RQYS.

Please see link below for details and NOR -

It's unfortunate Sydneysiders cannot attend however we'd love to see some NSW competitors come and join us! 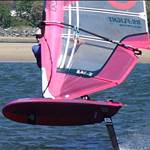 I have signed up for this one
I'll be on the free-fun gear (NP glide wings), so come on lets get a few other non race foil riders there and we can tack up the course together
CU on the 28th

Select to expand quote
The windfoil state championships were run on the weekend in varying conditions. Twelve races were completed over the two days at the Royal Queensland Yacht Squadron.

Ten foilers hit the start line on Saturday in a very light northerly for two laps of a roughly 0.9 NM upwind leg. After the first race, which took the front runners 28 min, the fresh easterly sea breeze kicked in resulting in races being completed in half the time. Julien Savina established his dominance by winning five of six races, followed by Julien Ventalon and Mitch Pearson.

Sunday saw a building northerly which peaked around 20 knots by the finish of another six races. Wind against tide and many dinghy's crossing the course meant for some big chop and even bigger spills. Twelve minute races were the norm with no room for error. The front pack of Julien Savina, Julien Ventalon and Hamish Swain stuck together throughout the day with Savina again taking the majority of bullets.

The full list of results will be announced soon.

Congratulations to the winners and we look forward to seeing everyone in January for the State of Origin.
Please Register, or Login first...