Team rider so yes I am not going to slate the kit I ride but equally I pick what I use and would switch brands etc if I wasn't happy!!

I previously included some info regarding the kite package bar lines and quick release etc in my post titled rampant rabbits so won't reiterate it here.

Only things I would add re the bar that wasn't immediately apparent are that the carrot colours, orange / green aren't very helpful to someone (like me) who is colour blind!! The more traditional red/blue would be more obvious, the bar is still however completely kook proof as each line has a tag on it saying which line it should be attached to - easy

Secondly the bar is so much more comfortable than anything else I have used, the soft bar ends are a real treat after Riding ozone!!

On the ground you really notice the kites delta hybrid shape it's much lower aspect than anything I've owned and visually I think they look small for their respective sizes as a result.

Launching the kite is a doddle, u instantly notice how stable an unflappable this kite is even in the lulls/gusts.

On the water i mowed the grass for a few minutes to get a feel of the kite. It turns very quickly but maintains steady bar pressure through the turns so it never feels frantic.

The kite has excellent boost and its really easy to access decent sized air even without sending the kite too hard.

I started unhooking with the kite going through some raileys with a few variations, the kite lets u generate pop easily and feels very uncomfortable unhooked with or without adjusting the above bar depower first. I was really impressed with its unhooked behaviour, i may move the steering settings to slow so as to make it as easy as possible to progress unhooked (tested on fast settings)

All in all very pleased and very much looking forward to gettin mr green out!

Let me know if you have any questions

Correction to the above that's meant to say feels very comfortable unhooking!!

Just to add to the above I ha the punch out in gusty overpowered conditions yesterday 20-30+ knots.

More important however was the immense amount of boost and glide I was getting from this kite- I'm not going to compare it to kites like the edge etc as I'm sure they are better for absolute maximum boost if you know how to use them, the wainman however makes getting silly amounts of air very easy which when it comes down to it is what it's all about for most riders!!!

A lot of people underestimate them don't they? Stoked to hear you love yours as well.

My 10.5 Punch came with a kind of laminated booklet which explains the settings really well. There is also heaps of other cool stuff in the front pocket.

As you said the bar is great. Nice and smooth in the hand. The centre lines don't rip your fingers when kiting one handed in the centre of the bar. Kiting down the line one handed offers great control. I always know where it is.

Straight out of the bag its ready to fly. I've never had to fine tune a new Wainman.

I've tried all the settings on the Punch. All work well. As i'm in either the surf or the flat water every other day the Middle or centre settings are the easiest for me ( i'm always frothing to get out there)

Pretty much, if you want vertical boost- set it on the upwind tab. Want to surf it? Try down wind setting. (this doesn't mean you won't get upwind as easy, it just kind of drops the kite lower in the window.)

I might have a hunt through the bak pack and check whether I missed it! I only saw a spares pack for the bar but could be wrong!

I'm very impressed with the kite overall yes, hardly ever (never) see them in sydney but they are really popular in the uk where I'm from & last time I went to tarifa it was about 50% wainman!! 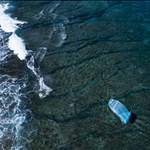 Shhhh people we don't want then as common as the other brands.
Just got my new 9 and 12 [sold others to mate] used the 12 on Saturday at Garden Island, Sunday 7.5 off Perth, and Monday the 9 at Cables .
I have adjusted the setting of the kite to that i used on my series 1 kites.
The 9 performed a little different[so i thought] to the old 9 meter on the setting i put it on so i have go my mate to drop of the old 9 meter and am going to lay them out on top of each other to see if there is a difference in the kites or i stuffed up the settings.

Be careful. You know what happens when you put 2 rabbits together!!! And you are worried about us guys putting to many out there!! haha

I couldn't comment on the sizes you have ugly, Lou hasn't sent me any yet (hahaha), but i did find the Punch flies best when not over sheeted. So I never use the light wind settings on that particular model. In doing so it doesn't loose any power at all. Seems to be the sweet spot.
Try that and let us know

Just laid them out on the lawn and they are exactly the same kite, the Smoke of old and the smoke 2 that is.
the only setting i had wrong was the turning speed on the new one, have adjusted and will test in due course. 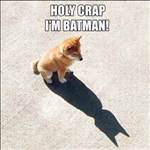 Ugly said...
Just laid them out on the lawn and they are exactly the same kite, the Smoke of old and the smoke 2 that is.
the only setting i had wrong was the turning speed on the new one, have adjusted and will test in due course.

They're slightly different Ugly. The series 2.0 have a smaller leading edge (thiner diameter) which takes some of the grunt out, and the bridle has been repositioned in a different spot. I was worried about the changes before I flyed the 2.0's, but it turned out feeling smoother and more of a consistant pull through the gusts with loads of grunts for when you pop. The 2.0's are more stable in the air than the 1st gen. It's not a huge difference, its just a little better. I guess that's why wainman don't change their kite profiles ever season. No point unless you are improving the kite.

Kungfupete, how do u find hooking back in on the wainman bar, I'm really struggling with it at the moment the connection between top of chicken loop and bar eyelet just doesn't seem to be positive enough and the chicken loop droops down (never good) making it really awkward to hook back in.

Tips and ideas (serious ones at least) greatly appreciated!!

Kungfupete i found the bridle positions were the same position but i never looked at the size of the leading edge.I have had the new 9 out a few times know and have made a few line set up changes and know am happy as.

Hey English, I never have problems hooking in and out. My set up is a little custom though. I have a short line 10-15cm long which is connected to the bottom of the chicken loop and on the other end I have a stainless ring, which is what I attach my leash too. It makes it really easy to hook in and out of coz there is nothing in the way. That way, when you miss a pass, you just pull the leash in and nothing is ever in the way of hooking back in.

Another benefit is when you've landed a pass and hook back in, you can easily throw the leash over your head and it doesn't get wrapped around the chicken loop.

Not sure if I made sense.

Let me know if you need more info

Ugly said...
Kungfupete i found the bridle positions were the same position but i never looked at the size of the leading edge.I have had the new 9 out a few times know and have made a few line set up changes and know am happy as.

Hey ungly have you noticed any difference between gen 1 & 2 of the 9m. Like the pull or the way they fly or whatever? I remember when I got my newies, I set them up the same way and noticed a difference straight away.

Hi Pete,
Yep that makes sense, any chance of a pic of the set up?
Cheers
Craig

Pete i have found the gen 1 and 2 are close and you were right about the leading edge, never looked at the obvios. after making the bridle adjustment and turning speed to match my gen 1 i am sure that this model is turning a quicker, i say this as while doing air transitions to my toe side on surf board i found went over the front a couple of times. so adjusted the speed of the kite through the window and found this was the issue, when back to gen 1 [ mate was on my old gen 1]and tried the transitions all again and it was a whisker slower. Other than that same good construction and strength. Made the mistake and grabbed the white one and the printing is suppose to be red, mates thing it is pink so i have copped a flogging for that.