to avoid the bucket and whip lash effect, from wearing a standard helmet, has anyone ever tried using a rugby scrumcap for their kite fouling head protection.
pros wound be that it moulds to your head better and is less bulky, so would not cause whiplash or the bucket effect. They are also super comfortable abs easy to put on abs take off. They wound also leave your vision unobstructed.
cons would be that it may not be thick or robust enough when compared to a regular helmet. They would also take on water so would become a little heavier as you ride.
I have this fear of falling on my foils and knocking myself out. I think the scrumcap would somewhat alleviate this concern. I haven't ever seen anyone foiling with a scrumcap so it's probably not a thing. Either way, you would think that it has to be better than not wearing anything.
interested to hear your thoughts on this one. 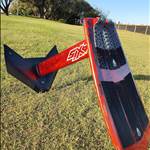 Out of my regular squad 2 wear helmets every session and 2 never. I never do, tried it for the first few sessions and it wasn't for me.

Aside from the slight annoyance of having to bellow at them when wearing the helmets, I say wear whatever makes you comfortable and your pro's and cons seem about right.

In 3 years of only foiling I've hit my head once. It was a good one, immediate drag to shore and pack up type hit. Big lump like a cartoon. I'm now very fast to chuck an arm over my head during a stack if I feel that I'm falling on the wrong side of the foil (ie in front of it). 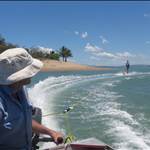 That is what I use after coping the board to my head and rupturing an eardrum.......works great for me and doesn't give me whiplash. Just wear a normal cap underneath if you want sun protection.

Fine if you've already got one hanging around.

Decathlon make one specific for surfing if you don't decathlon.com.au/products/helmet-for-surfing 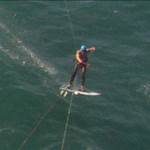 MD007, Went thru your cycle when started. Went with water helmet (like tow water park ones) this happened to have open ear area and like most rigids doesn't offer too much around the kneck back of head area. Never hit on head by kit wearing this, but water impact on repeat and into ears when crashing (v.frequent at what feels like hi speed!!) became too much. Often had to stop/give up when water logged and punch drunk due to helmet head first into water.

Moved to kit as per picture. Although not padded the sun hat with kneck shade has proven best from kit impacts. I recall 3 hits in zone below padded protection area once with scrum cap on, twice with sun hat. The hat's rim and shade material (same stuff quiet stiff) helped the most..
The way you leave the board when foiling is key. I 95%+ go over front or back still. Once or twice very gentle drops over side onto foil - a wetsuit helps here. Probably foot straps change this a lot. I always have had one on the front but rarely at the back. Never fight hard to stay balanced - until U pick up that alignment feel (like a continuation of the mast!!) - if you have access to a short short mast this is less of an issue as can bounce/balance using the board hitting the water.
Cheers
AP

Edit - in my avatar old old shot wearing an old gath helmet - that blue bit - I do recall it having a bit of a padded rim around the base at the back but long gone b4 foiling..

There is another whole subject on tips tricks and equipment to help.. - if u have native skill U R ahead of the 8-ball already 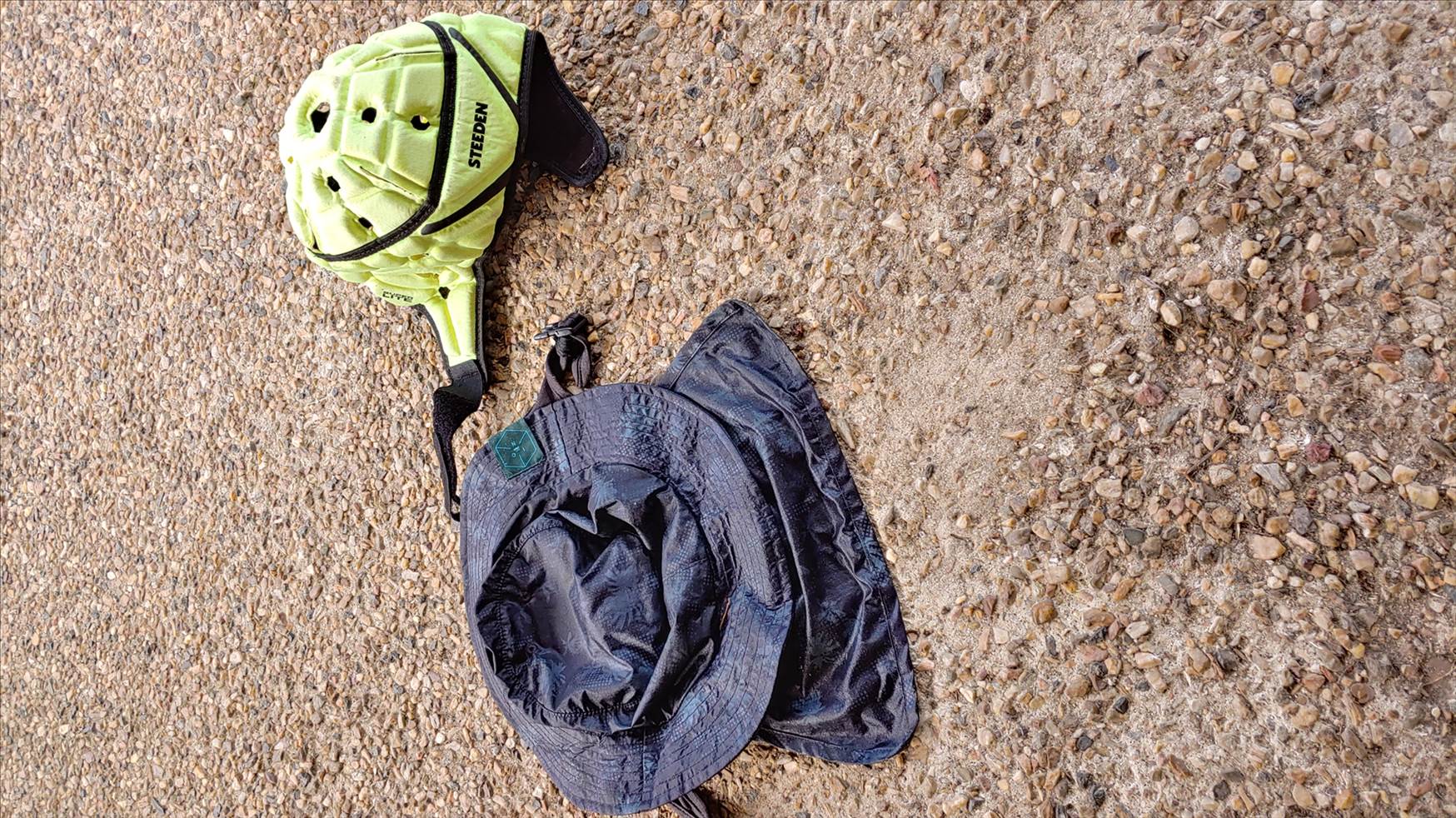 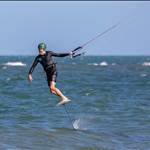 Rideengine sell a scrum type helmet and a full solid helmet, I'm sure is you google it you would find it. I personally wear a helmet every time I foil at 20+ knots **** can go down pretty quickly.
Here you go.
www.thekiteboarder.com/2021/09/11/2022-ride-engine-impact-protection-product-preview/

Thanks all for the great advice. 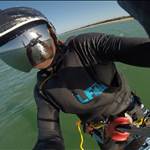 Ear protection is a very important aspect of headwear, IMO, & I think the water pressure could be funnelled into your ear in a high-speed crash with the Decathlon hat?

Since I started foiling 6 months ago I always wore a proper Mystic helmet with ear pads. It payed off for me, I distinctly remember at least 5 occasions where the board hit me in the head, usually from behind when I fell in front of it. With a helmet on I did not feel a thing so it never was a show stopper. But the one I've got does not really feel comfortable after about an hour, and no real sun protection, so I started looking for something else.

Now after reading this topic I wanted to try decathlon soft helmets but they seem to be out of stock in Sydney so I found these: dmcfins.com.au/collections/soft-surf-helmet/SSH . Looks exactly like something I'd like to try, ordered v2, will see how it compares to a regular helmet.

The final idea is a soft helmet for head/ear protection+comfort and maybe an ION or similar brimmed hat of a larger size on top for sun protection. Will see how it goes.

If anyone is after a decathlon size M surf helmet I have one for sale since its too small for me. Pm me. 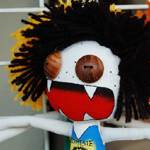 I recent bought a WIP helmet. Super light, comfortable with adjustable back strap i'd go a gath helmet over a rugby headgear any day. Designed for surfing so to minimise the bucket effect and whiplash. No regrets with the one I have.